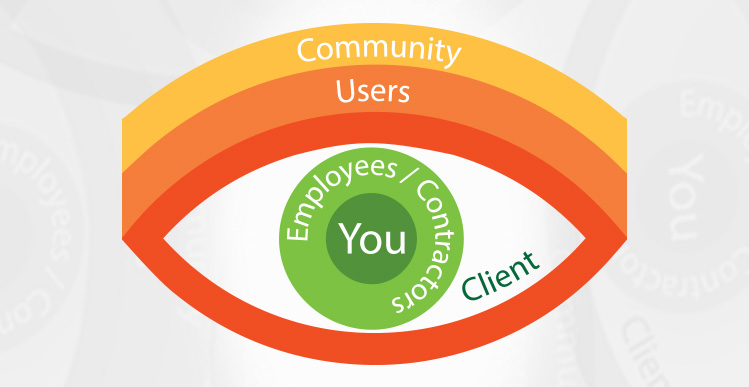 When exploring the idea of ethics in business, it is important to understand the types of people who you are responsible to.

In other words, responsibility comes when a person gains power in a situation. In the world of web development, responsibility for the overall community is split between developers, designers, clients, content creators, and users. Often, the flow of responsibility can be nebulous.

Who is responsible for making the internet a useful tool? Should developers refuse to create sites that do not align with their ideals for the internet community? Are content creators responsible to their clients or the users when deciding what type of information to provide? Is it ultimately the user’s responsibility to limit the market by only utilizing useful sites, and do they have that power?

The answers to these questions may be different for every company and individual that contributes to the internet community. However, it is important that each individual asks these questions and creates a clear understanding of their personal responsibility in the greater scheme of things.

While some relationships are obvious, others are under-emphasized. While running a creative studio, you know that you have certain responsibilities to your clients. Realistic quotes, meeting deadlines, and a quality product are general responsibilities most developers will happily accept. Most developers also have some sense of responsibility to the rest of the development community, if only because they have inherited messy projects or been undercut by their fellow developers.

What the client wants, and pays for, often supersedes the user experience.

Often, developers fail to see and act on their responsibility to themselves and the end users. Because end users are often removed from the developer, the developer will think that their experience is a private matter between them and the client. What the client wants, and pays for, often supersedes the user experience, except in cases of legality and safety.

Similarly, developers are often unable to see their responsibility to themselves. This includes demanding fair pay for their work and the ability to limit their availability. Many developers, especially freelancers or those with new studios, are either afraid to draw hard lines with their clients for fear of losing them, or they are so enthusiastic about their work that they fail to protect themselves and practice self-care in their work environment.

What I propose, from an ethical standpoint, is for each member of the greater community critically assesses where they have power within the community. Once you see exactly how far your power reaches, you will begin to see where your responsibility rests. Each member in the creative chain, from the developer to the user, holds varying levels of power over the others, and it is only through compassionate, conscientious development that a true community can exist.