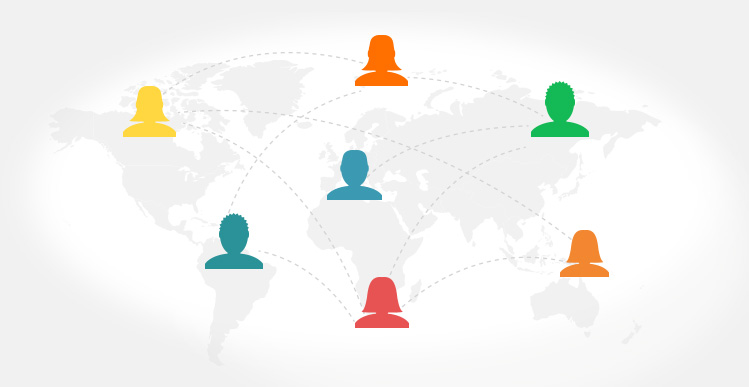 Why Freelancing Isn’t the Answer to the Wage Gap… Yet

The wage gap between the sexes has been an uphill battle for decades now, with women still consistently making less money than men, and women of color making the least. Suggested solutions to the wage gap include everything from policy changes, teaching women stronger negotiation skills, and gender segregation in school and the workplace. Unfortunately, most solutions are completely off-base, talked about rather than implemented, or fail to really address the underlying problems that create the wage gap. One of the newer findings that is exciting when it comes to men and women’s wages is that freelancing women make more per week than freelancing men.

Could it be that freelancing, especially in technological or creative fields, is the solution to closing the wage gap once and for all? After all, freelancers set their own prices, so freelancing women are finally free to decide their own worth instead of relying on established companies dominated by white males to earn a living.

Before you get too excited, there are some drawbacks to freelancing as a woman, which need to be considered, like the inability for many women to work full-time as a freelancer due to other household expectations or the fact that most female freelancers are valued not for their expertise but for traditionally female traits. While these problems can potentially be fixed, they first must be acknowledged and examined in-depth.

Freelancing women often have to juggle childcare and full-time work.

People keep saying that women make great freelancers because they are natural multi-taskers. What they actually mean is that women are trained from an early age to take on extra familial responsibilities at home while striving to stay competitive with boys in school or men at work.

Many freelancing women state that the reason they enjoy freelancing is because of the work/life balance it provides. You can interpret that as these women are likely to be interrupted from their work on a daily basis to take care of their children or run downtown to pay a forgotten bill. Do you realize how difficult it is to cultivate a client base and advance your career when you are simultaneously washing dishes and taking care of a sick toddler? It is nearly impossible. Yet, many female freelancers with children are expected to take the ‘opportunity’ to have their children home with them, while it is socially acceptable for male freelancers to hire child care. It is one more way that male work is valued as “real,” and more important than female work.

It is great to have the ability to create income while spending time with your family, but the reality is that these women will have to work twice as hard to advance their careers as male freelancers or those holding a traditional job, and while they are busting their butts to make ends meet in every sector of their life, those around them will comment glibly on how nice it must be to not have to send their kids to daycare.

Many women are forced into freelancing due to poor parental rights.

If freelancing was a choice for everyone who engages in it, then it really might be a great option for balancing a family while still being able to support yourself. Unfortunately, most women turn to freelancing out of necessity, not desire.

In the United States, parental leave remains at a laughable 12 weeks of unpaid leave (Compare that with 2 years of paid leave in Bulgaria, one of the poorest countries in the EU, and you may wonder what the US is thinking!). Even if you can arrange your vacation time and short term disability pay to keep those three months from financially crippling you, there are still the several bouts of sickness, regular doctor’s visits, and need for one-on-one care during the first year that often makes it difficult for women to return to work. Often because the money is needed or because the woman would like to keep her financial autonomy, her only option is freelancing.

Many people love freelancing. You might wonder what is so bad about being forced into it? Well, sometimes a woman might prefer job stability rather than the flexibility for which freelancing is worshiped. That stability is often denied women who have children, who are pregnant, or who might become pregnant in the future. Where men are assumed to be dedicated to their jobs, women have to prove their dedication over and over again, or be forced into freelancing.

Well-Paid Freelancing is not a viable option for many people.

Just what is considered freelancing? Technically, it is any time that you work without the security of a company, but most people immediately imagine the dominate tech fields of freelancing such as designing, developing, and writing. In reality, the day laborer you pay to rake your leaves in the fall and the woman who comes to your house and watches your kids in the evening are also usually freelancers. The only difference is that when you talk about these freelancers, you are generally considering hourly rates in the single digits, and much less day-to-day security, whereas with the remote, digital freelancer you may be paying hourly rates in the triple digits.

When you talk about well-paid freelancing, you are usually talking about white males in the STEM industry. While women are showing up in greater numbers, the more desirable freelancing positions will undoubtedly go to white, college graduates, leaving behind women of color and those starting life in poverty.

For freelancing to be considered the way out of the wage gap, it would need to be equally accessible to all people, regardless of their background.

Those who claim women freelancers make more than their male counterparts often fail to see the whole picture.

Currently, women in freelancing are said to make $10 more a week, on average, than their male counterparts. However, this does not take into consideration how many hours females work compared to males. While women compete with similarly skilled men in the double digits, rates of over $100 per hour are still dominated by men.

Women may underbid projects and dedicate more time and energy to communication with clients, creating repeat clients and a steady flow of work. Furthermore, women may put in more hours that they do not bill for because they feel the need to compensate for their gender.

Many people actually believe the wage gap exists simply because women don’t know how to ask for money, or do not feel secure enough to do so. While that theory is absurd in many ways, there is some truth in the fact that women tend to undervalue their worth when it comes to work. This is not automatically fixed when a woman begins working in a system where she is able to set her own prices. In fact, it may be exacerbated as women have to bid on every individual project instead of negotiating their wages once a year.

When you ask people why they think women make such great freelancers, you will usually get responses like they are good multi-taskers and communicators, they are able to ask for help when they need it, or they are able to put their clients’ needs ahead of their own. In other words, women are being valued for being soft, approachable caretakers.

There is no doubting that freelancing is the wave of the future. In fact, recent findings predict that by 2020, freelancers will account for 40% of the workforce and, if trends continue, the majority of these workers are likely to be women. Whether that wave will bring with it more economic freedom and better standards of living for women remains to be seen.